What is the English Greyhound?
The English Greyhound is a tall, lean dog breed with really long legs which enable it to run super fast, hence it has been bred for racing since ancient times. It comes in all sorts of colors like black, white, brindle, red, fawn, and blue. Also, it has relatively short fur which is very easy to maintain. Overall, it’s quite an intelligent, gentle, and affectionate dog breed. It owes its speed to a variety of factors, including its long and powerful legs, flexible spine, deep chest, and slender build. 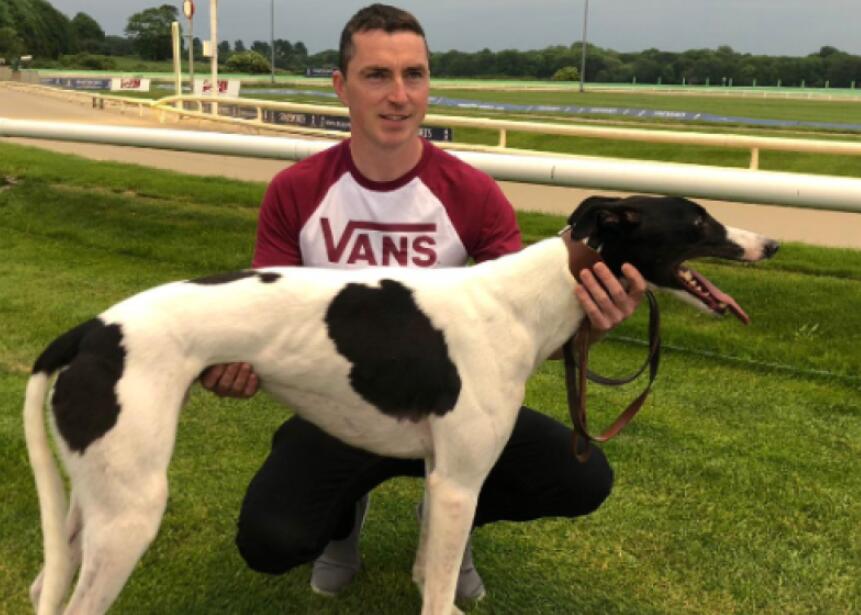 English Greyhound Puppies
With their sleek build and large doe eyes, greyhound puppies are definitely hard to resist! Not only are they super adorable, but they’re also very prized because of their athletic abilities. This means they’re always in the mood for chasing after random things (as all dogs are), and so, they would make great companions for hiking trips and such. And did we mention they’re like super adorable?
English Greyhound Mini
Greyhounds are pretty cool, but just think of a miniature version of a greyhound! Because obviously, miniature makes everything like ten times cuter! And yes, such a dog does in fact exist in the real world – we call it the Italian greyhound. Plus, it’s also very smart and elegant with a smooth, glossy coat that comes in several color variations.
English Greyhound Mix
Because of their speed, greyhounds are quite valuable, and thus, they’re often crossbred with other dog breeds to create unique new breeds. Some of the most popular ones include Greyador, Greybull, German Greyhounds, Greygi, and Doberhound. And each one just gets cuter and cuter!
Are English Greyhounds Good Family Dogs?
Greyhounds are not just good for running – they’re great pets too! In fact, they make wonderful pets for all types of people because they're gentle, laid-back, low-maintenance dogs that don't even need a lot of exercise. They're not fighting dogs, and so, you don’t have to worry about leaving your child unattended with your pet greyhound. Plus, they’re an excellent choice for someone who wants a pet with no prior experience, since they don’t have too many specific needs. Hence, they definitely make good family dogs. What’s more, there’s a growing trend of putting old greyhounds that have retired from racing, up for adoption. And they’ve more than proven to be ideal companions.
English Greyhound Characteristics
English Greyhounds are athletic dogs that don’t need a lot of exercise and would be more than glad to simply dose off the entire day – ironic, right?
The distinct characteristics of these dogs in terms of speed, size, and weight are discussed below.
English Greyhound Speed
The average recorded fastest speed for English greyhound dogs is around 72 km/hour, which is at least fast enough to entertain spectators at a racing track. So much so, there have been actual studies to compare the speed of greyhound breeds against cheetahs – the fastest animals on earth. Of course, greyhounds are no match for those big cats, but they’re still pretty fast.
English Greyhound Size
English greyhound males are around 71 to 76 cm in size while females are close to 68 to 71 cm. However, this number will obviously vary with sub-breeds like Italian greyhounds, or even certain crossbreeds. Overall, though, they’re considered big dogs.
English Greyhound Weight
The normal weight range for English greyhounds is 27 to 40 kg in the case of males and about 26 to 34 kg for females. But then again, this number will also vary with sub-breeds and crossbreeds. For instance, Italian greyhounds or miniature greyhounds are barely between 3.6 and 5 kg.
Does English Greyhound Bark a Lot?
Greyhounds are not particularly fond of barking because they’re not very territorial. They likely won’t bark at the door because they’re just unbothered. Though, of course, puppies of any breed are much more active, and hence, you can’t expect them to not bark. But for adult greyhounds, life is pretty chill. And this is obviously another reason why they make great pets!
Food for English Greyhound
As greyhounds are athletic dogs, you will need to take very good care of their diet to ensure their health and fitness. We recommend a BARF diet, which is a biologically appropriate raw food diet constituting raw meat and natural vegetables. Generally, greyhounds should eat almost 250 to 350 grams of meat daily, depending on their specific size as well, of course. Additionally, you should supplement this meat with good vegetables, some dry food, and even a little fish oil. For the meat, chicken, duck, rabbit, and lamb are all great options. You can even give them one of the bones to chew on and keep their teeth sharp. But you need to be careful about the vegetables you feed your dog. Not all vegetables are good for them, though carrots, green beans, cucumber, and zucchini are all wonderful options.
Also, if you want your dog to stay alive and well, you absolutely need to make sure they stay away from alcohol, caffeine, potatoes, stone fruits, onions, raw eggs, chocolate, tomatoes, salty foods, avocados, mushrooms, citrus, fatty foods, sweets, and raw yeast. So, be careful with what you feed them because that will ultimately determine the quality of their life.
How Much Does It Cost to Buy an English Greyhound?
Since it is so precious, it’s natural to assume that the English greyhound would be an expensive breed. So, you can expect to pay somewhere between $1000 and $4000 for a greyhound puppy. And of course, if you were to purchase a trained racing greyhound, the price would probably be even higher. Also, if you want a specific crossbreed or pure bloodline, it will be even more expensive. Not to mention, the price would vary considerably depending on your area as well. 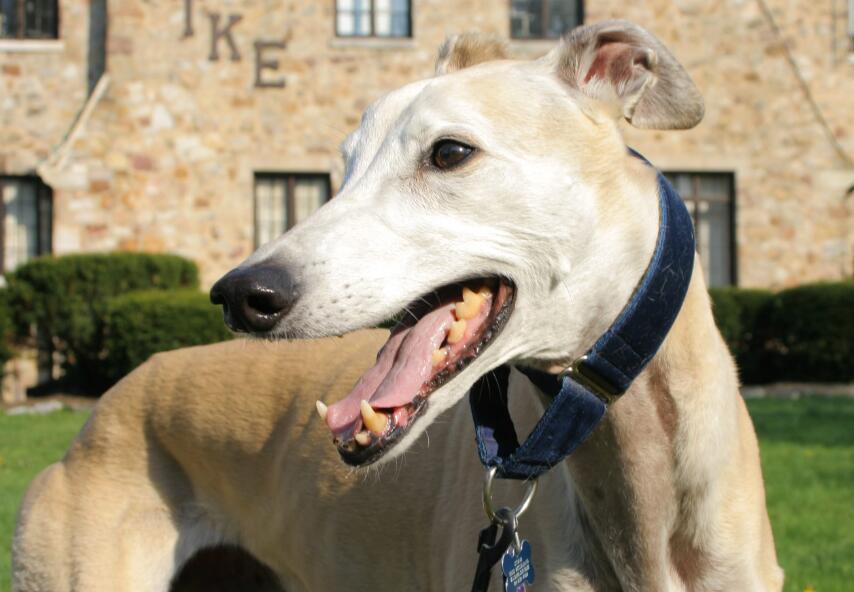 English Greyhound Price USA
English greyhounds are very popular in the American region because of their speeds, and their ability to serve as racing animals. Hence, you can expect to pay no less than 1500 to 2500 USD for a greyhound in the USA. However, this amount will also vary depending on whether or not breeding rights are granted. Plus, the specific features of your chosen animal will also affect the price.
English Greyhound Price Canada
If you’re a Canadian looking to purchase a greyhound dog, we reckon you’ll have to pay around $1800 to $3500 for an average dog. Though, of course, if you’re wanting a more specific dog, you’ll probably have to look harder and maybe even pay more. Nevertheless, you might even be able to get them for much cheaper in some cases.
English Greyhound Price UK
In the UK, the price of a well-bred greyhound puppy would be somewhere between £400 and £700. But it is important to purchase your puppy from the right retailer to ensure that they’re healthy and fit. So, make sure you only buy from a reputable breeder.
English Greyhound Australia
English Greyhounds can cost you anywhere between $2500 to $15000, depending on their breeding. Also, if you’re thinking of buying a greyhound dog, you should obviously factor in the cost of keeping the dog. Remember, greyhounds can be expensive, and thus, you should be sure that you’re ready to bear all the expenses before you decide to buy one.
English Greyhound Derby
The English Greyhound Derby is the most prestigious race in Britain's greyhound racing scene and dates back to 1927. The Derby was held for the first time at the White City Stadium which had been built for the London Olympics but later shifted to Wimbledon Stadium in 1985. Also, the Derby was held outside London for the first time in 2016 due to Wimbledon's unforeseen closure. And it kept relocating, shifting to Towcester Greyhound Stadium in 2017, Nottingham in 2019, and eventually Towcester again in 2021. 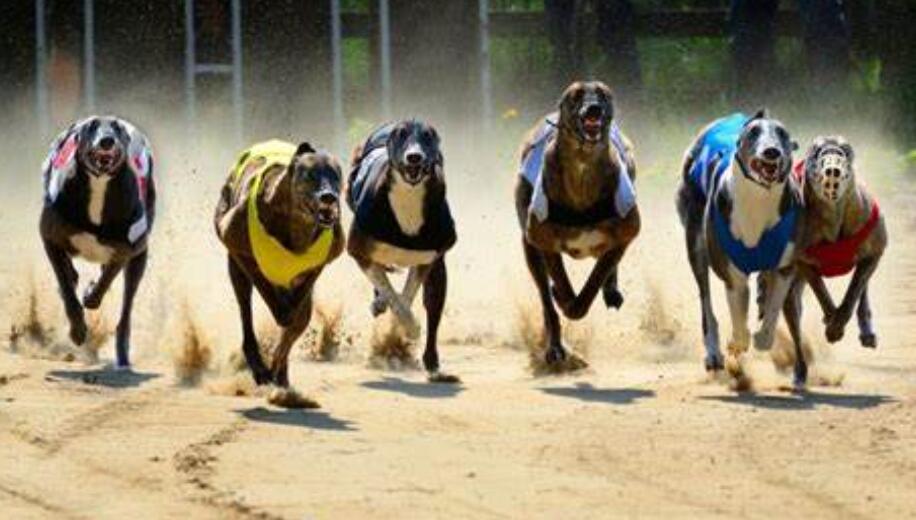 Only four greyhound dogs have ever won the Derby twice, namely Patricias Hope, Mick the Miller, Westmead Hawk, and Rapid Ranger. However, Trainer Charlie Lister is the only one to have won the event a whopping seven times! He’s considered the best greyhound trainer of all time, and is sometimes even called "Derby King." The first ever race was won by Entry Badge for a prize of £1000. Pet food manufacturer, Spillers, sponsored the race for the first time in 1973 and continued to do so, even increasing the prize money to £35,000 in 1980. However, The Daily Mirror took over the sponsorship in 1983, and Sporting Life joined as a cosponsor in 1990. Still, William Hill became the sole sponsor in 1998 but was soon succeeded by Blue Square in 2006.
Is UK Greyhound Racing Cruel?
Admittedly, greyhound racing can be potentially dangerous. But so long as the best practices are adopted and implemented, there shouldn’t be any injuries. As for the greyhounds, they’re literally built to race, and they’re bred and raised for the same. Just like horse racing, greyhound racing is a sport too but with dogs. So, it is not generally considered cruel if the greyhounds are treated well, and the proper practices are followed during the races. 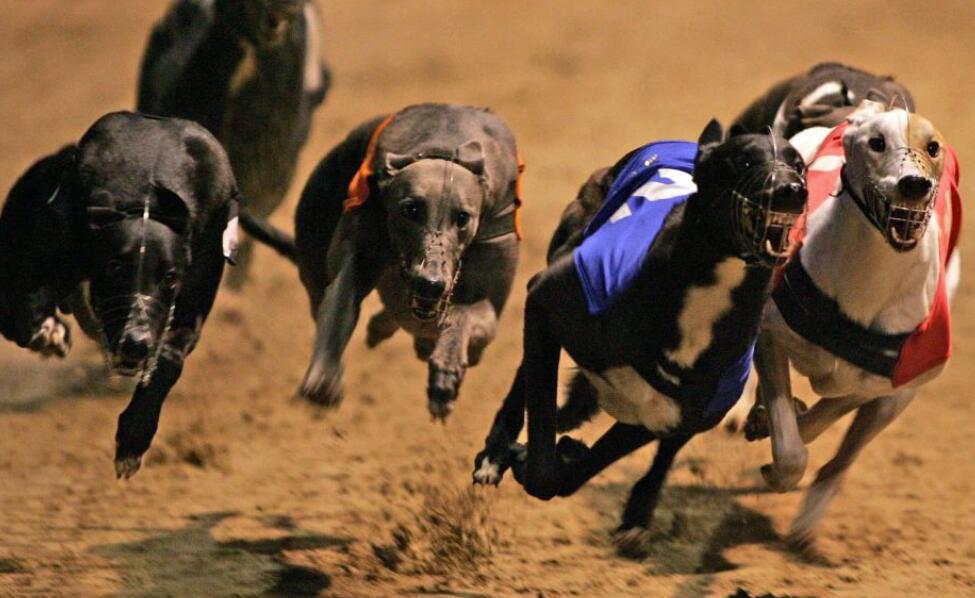 What Date is the English Greyhound Derby 2022?
The English Derby 2022 was held from May 19th to June 25th, 2022. The event was 6 weeks long and comprised several races for a final prize of £175,000 – yes, that’s exactly how far we’ve come in the greyhound racing scene! And of course, given the huge winning amount, the event is only expected to gain more popularity in the coming years.
Where Can I Watch the English Greyhound Derby?
You can watch the English Greyhound Derby on Sky Channel 437 or Freesat Channel 250. Plus, it’s probably also available on YouTube so you can easily watch old episodes and seasons as well. And if you’re thinking of joining with your own greyhound dog, this would give you a good idea of how the competition takes place, so you can train accordingly.
How Many Rounds is Greyhound Derby?
The English Greyhound Derby race spans at least 400 to 500 meters and comprises five preliminary rounds before the finals. The tracks are generally made of sand and loom and participating dogs are eliminated in each round based on their performance. The winner would obviously have to pass all rounds to reach the finals, and then compete for the final prize.
Who Won English Greyhound Derby 2022?
The 2022 edition of the Derby was won by Romeo Magico at the Towcester. He was owned by Dave Firmager and trained by Graham Holland. His recorded speed was around 38.63 miles per hour. He’s set the bar pretty high for the 2023 Derby, and at this point, we can only speculate who the winner will be!
Conclusion
English Greyhounds are not just any dogs – they’re special because they can run fast, and by fast, we mean really fast! Their sleek, slender body and long legs enable them to run at almost 72 km per hour. And that’s why they’re especially raised and bred to race. So much so, there is a prestigious English Greyhound Derby every year in Britain where greyhounds compete for a huge cash prize. The competition is pretty high, and it’s taken very seriously. But that doesn’t mean greyhounds are just famous in Britain, they’re equally loved in other parts of the world as well, including Canada, Australia, and the USA. Hence, they’re obviously quite expensive as well. 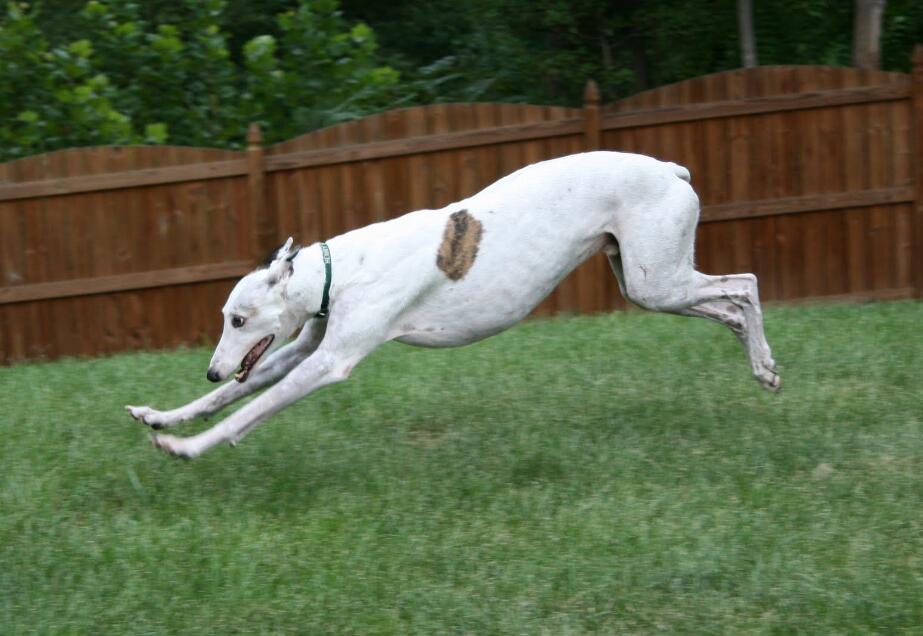 Nevertheless, they make great pets because they’re low maintenance and don’t require a lot of care or exercise. And they’re not aggressive dogs which means you won’t have to deal with loud barking all the time! So, as long as you have the means to care for them, a greyhound is the perfect pet for families and children.